Covid-19 has certainly caused disruption to our lives, but Riverside School Main Building student Connor Lawson, along with nine other neighborhood children, have made it their mission to spread smiles to those most affected during these trouble times.

In the summer of 2020, Connor’s neighbor, Sally Sylvester, gathered area children in her garage to participate in STEAM activities (science, technology, engineering, art, and math). One such undertaking involved making butterflies from coffee filters, clothespins, and pipe cleaners.

The children took to the endeavor with joy and pride, with the uniting, esprit de corps principle seemingly being that ‘these make us smile and we’d like to give them to other people to make them smile.’ Stoked by conscientious caring and concern, the idea of Butterflies 4 Smiles was born. 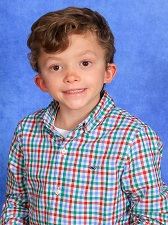 The group is dedicated and united in its mission of doing good for others. And talk about staying on task—there is little down time

“We meet seven days a week for an hour or two on weekdays and two or three hours on weekends,” Connor (pictured right) reports. “We’ve made 10,000 butterflies. I never get tired of it.”

They’ve sent butterflies to assisted living facilities, nursing homes, and food banks. Even the Capitol building in Washington, D.C. has displayed these delightful creations. Riverside School is also a recipient of a kaleidoscope of butterflies and has plans to display them in the early spring.

No doubt the recipients of the butterflies receive a pick-me-up from the thoughtfulness and hard work of the cadre of kids. Connor’s mother, Amy Lawson, points out that the children have benefited, too, both from a project management and safety standpoint.

“It has given a little purpose to Connor’s day. The families have been so invested,” she says. “Everyone has been very careful with wearing masks and where they go to make sure the kids can keep doing this. It has become such an important part of their lives.”

For Connor, in particular, the project has been a way for him to maintain pre-Riverside friendships.

Connor started at Riverside in second grade when his parents realized that his previous school, in an effort to help with Connor’s reading struggles, was unnecessarily holding him back in other areas.

“Riverside is definitely more engaging with the smaller classes, and more attention,” Amy notes. Connor is a student in Riverside classroom teacher Ms. Myers class. “I think they really push and challenge Connor. Even though he does have dyslexia, he isn’t treated like he’s special. Academically, he’s getting everything he needs in just the most perfect environment we can ever imagine.”

Connor is quick to agree.

“I like school better at Riverside,” he says. “I am better at reading, but math is my favorite.”

His mother points out that the differences in Connor extends beyond academics. 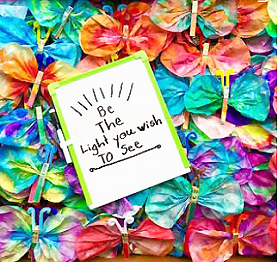 “It’s given him a better sense of confidence,” Amy points out. “School isn’t a struggle. I think he feels more self-worth. Riverside is the best place ever.”

There is appropriate excitement with the feeling that Connor can build on his success at Riverside with his neighborhood friends by uplifting vulnerable people in a traumatic time. Furthermore, aiding others has helped him to counter some of the struggles many children are facing now. It’s all been nothing short of wonderful.